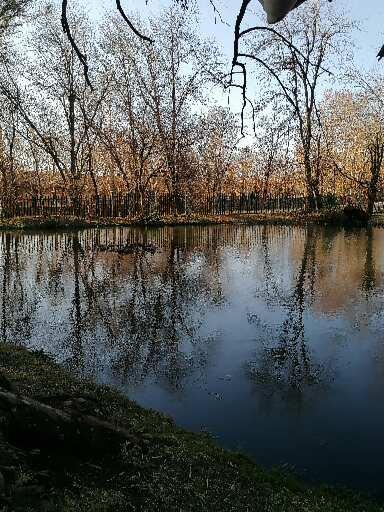 In a very real sense, I think, we become what we worship. Whatever higher power we regard as giving meaning to our lives – whether that is a deity, or an ideology (like democracy, or humanism, or Darwinism for that matter) – shapes our values, which in turn shape our actions, which inform the kinds of ways we relate to other people. What or who you worship matters.

If there is a God, and we accept that this God transcends our dimensional constraints, then we cannot know this God outside of revelation. Our thoughts and experiences would be inescapably limited by the dimensional laws governing our existence. A being operating outside of those laws – a God – could not be found by us, whether through rational processes or experiential ones, unless that being elected to make itself known within the constraints of our world. Unless there is a revelation of God, God is fundamentally unknowable.

Thus until God reveals Godself to us, we do not know anything about God’s character or values. All we can do is construct a being who is an exaggerated version of ourselves. God might be loving, but God could equally possibly be cruel. God might be completely indifferent to our existence. We would have no way of knowing outside of revelation.

Now Christians claim to have just such a revelation. And the result of making such a claim is that we can take all of the boundless possibilities concerning what God might be like, and reject all of those that do not fit the revelation. We have some basis now for saying: “God is like this but God is not like that”. Now I am fully aware that all received revelation is interpreted revelation, and thus susceptible to misinterpretation, and indeed I think that that none of Jesus’s disciples actually understood the revelation. But that is a topic for another day. There is something else we need to address first: where is the revelation?

Pretty much anyone who calls themselves Christian is likely to hold that Jesus is the revelation of God (“Anyone who has seen me, has seen the Father” – John 14:9). The complication comes in that the Western Protestant and Evangelical traditions hold that the Bible is revelation as well.

My contention (and that of an ever-growing number of contemporary theological scholars) is that this is simply not possible. And the reason is that the Bible and Jesus present incompatible revelations of the nature of God. And the key point of difference is that Jesus presents God as non-violent while much of the Bible does not. Since it is impossible to simultaneously hold both a violent and a non-violent ethic, one of them cannot be revelation.

At this point I am sometimes accused of embracing the Marcionite heresy. For those not familiar with church history, Marcion (84-160) saw this contradiction and resolved it by teaching that there were two Gods: a violent Old Testament God and a non-violent New Testament one. He was branded a heretic – though not for seeing the contradiction, but because he argued for two Gods.

I am doing nothing of the sort. First, I am arguing that there is only one God, but because the Scriptures are written by people who are trying to make sense of an invisible God, they construct their visions of this God in different and often contradictory ways. Second, the disparity is not as simple as an Old Testament/ New Testament one. The whole canon of Scripture (I should not refer to it with the singular “Bible’ when in fact it is a collection of many different works from different times and cultures and with different authors) contains a variety of different voices wrestling with who God is. When we come to the Bible, then, we are not being invited to either accept or reject one coherent view of God; we are entering a debate and invited to choose sides. Some of the voices advocating a non-violent God are Old Testament voices, just as some of those with a punitive God are New Testament ones (Matthew’s presentation of Jesus, for example, is not the same as –say – John’s). Nevertheless, there are irreconcilable presentations of God in the Scriptural canon. For example:

God, the blessedand only Ruler, the King of kings and Lord of lords, who alone is immortaland who lives in unapproachable light, whom no one has seen or can see.”(1 Timothy 6:16).

The Lord appeared to Abraham near the great trees of Mamre while he was sitting at the entrance to his tent in the heat of the day (Genesis 18:1).

The Lord would speak to Moses face to face, as one speaks to a friend (Exodus 33:11).

And then there is the conundrum about what God’s justice looks like: does God punish only those who sin, or also the communities and families of those who sin? There are very many instances where people who did nothing wrong carry the cost of God’s wrath for another’s transgressions. For example, God was content to kill David’s son as a punishment for David’s crime (2 Samuel 12:13-23), and had no hesitation in wiping out the firstborn children of an entire nation (Exodus 12:12). God claims:

“I, the Lord your God, am a jealous God, punishing the children for the sin of the parents to the third and fourth generation of those who hate me” (Exodus 20:5).

And then there is the question of whether or not God enjoys this:

“Say to them, ‘As surely as I live, declares the Sovereign Lord, I take no pleasure in the death of the wicked, but rather that they turn from their ways and live. Turn! Turn from your evil ways! Why will you die, people of Israel?” (Ezekiel 33:11)

But this is the same God who stated earlier: “Just as it pleased the Lord to make you prosper and increase in number, so it will please him to ruin and destroy you”. (Deuteronomy 28:63)

There is simply no way to reconcile the warrior God in the books of Joshua and Judges who utterly obliterates the enemies of God’s chosen people, leaving nothing that breathes in their towns and cities, with the God that Jesus reveals in the Sermon on the Mount:

“Blessed are the peacemakers, for they will be called children of God.” (Matthew 5:9)

43 “You have heard that it was said, ‘Love your neighborand hate your enemy.’) 44 But I tell you, love your enemies and pray for those who persecute you, 45 that you may be childrenof your Father in heaven. He causes his sun to rise on the evil and the good, and sends rain on the righteous and the unrighteous. 46 If you love those who love you, what reward will you get? Are not even the tax collectors doing that? 47 And if you greet only your own people, what are you doing more than others? Do not even pagans do that? 48 Be perfect, therefore, as your heavenly Father is perfect.

In Jesus’ words it is abundantly clear: why do we love our enemies? Because we want to be peacemakers like our Father. Does that sound anything like the God who smites His enemies in Joshua? Not if you are honest.

And that is why I cannot regard the Bible as the word of God. Jesus, not the Bible, to quote Brian Zahnd, is what God has to say about Godself. The Biblical texts act only as witnesses to that Word. And that is not only my understanding, it is Jesus’s too:

“You study the Scripturesdiligently because you think that in them you have eternal life. These are the very Scriptures that testify about me yet you refuse to come to meto have life”. (John 5:39-40)

And like any human witnesses, they are imperfect. Sometimes they get it wrong. They make assumptions and interpret what they see, as witnesses invariably do, nor do they  always agree on what it is that they bear witness to.

And so there is constant debate in the canonical texts between those who argue that God commands sacrifice (see Leviticus 4, for example) and those who argue that God does no such thing (Psalm 51:16-17; Hosea 6:6; Jeremiah 7:22). It is a critical debate, because at its heart is the question of whether or not God endorses scapegoating violence. No prizes for guessing which side of the debate Jesus and Paul, who preach reconciliation and forgiveness, take.

I do believe that we are saved through Jesus. But salvation is not a function of the creed we follow. And it is definitely not God we are being saved from. Believing in Jesus is not about accepting that Jesus died for your sins and took God’s punishment in your place. It is not about saying the sinner’s prayer. It is about walking the Jesus way; it is about relating to one another – even our enemies – in  self-giving love; it is about practising forgiveness; it is about being peace-makers. Because it is by trusting in Jesus’s revelation of a God who reconciles with (not smites)God’s enemies, and trusting that the only way to abundance of life is found in relating to one another in the same way, that we can become what we worship in a way that transforms the world for the better. It is the only way to bring God’s Kingdom on earth as it is in heaven.