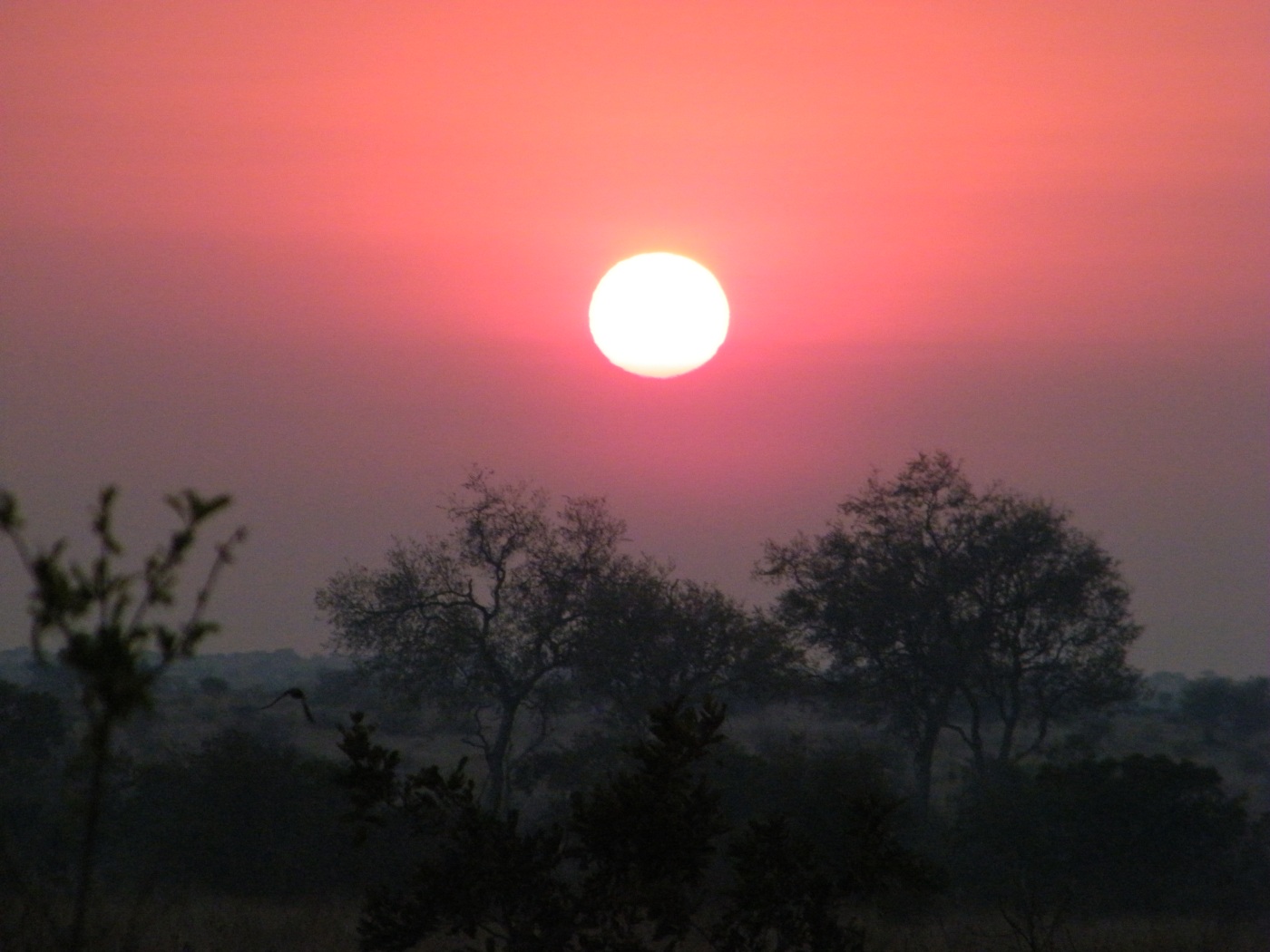 Millenia ago in Judea a young man sat in the cool silence of a cloudless desert night. It could be that he was accustomed to solitude, had spent many nights out here alone. Perhaps – as always – he was enthralled by the hypnotizing vermilion of the campfire coals; perhaps his fingers sought the reassuring familiarity of the slingshot lying nearby as he felt the wild night pressing in around him, just beyond the boundaries of the fire’s glow. Maybe a part of his unconscious mind touched ever so briefly on the great silence beneath the susurrations of the burning embers, and there beneath the indifferent gaze of the stars, as the cares of the day seemed suddenly so trivial, he felt momentarily unmasked. And reflecting on that moment later, he penned what we now know as Psalm 8: “When I consider the heavens, the work of your fingers, the moon and the stars that you have set in place, what is man that you are mindful of him, the son of man that you care for him?”

And it is precisely that question, though processed through an entirely different set of paradigms, with which I now wrestle. There is a sort of reassurance in knowing that my struggles are common to human experience. There is something hopeless about that too: three thousand years have brought us no closer to a satisfactory answer, it seems. Even with his limited understanding of the magnitude of the universe, of the randomness that gives it shape – that lonely Judean understood something important: it just doesn’t make sense to assume that human existence has significance.

And yet the resurrection of Jesus suggests something entirely different. If God elected to reveal Henself to this insignificant species, dwelling on a tiny planet, orbiting an unremarkable star in an unfashionable backwater of a remote galaxy, then maybe there is something important about the fact that we have evolved into who we are. Just maybe we are more than a reckless and chaotic anomaly in time and space.

I don’t know how to read the evidence. On the one hand, nothing about the universe, or who we are as a species, suggests to me that we are – nor indeed should be – the jewel in the crown of Creation. We are, it would appear from our revolting track-record, an unusually cruel and capricious species, utterly incapable of prioritising even something as monumentally imperative as the planet’s capacity to sustain (even our own) life over narrow and temporal self-interest. On the other hand, I am fully convinced that Jesus rose from the dead, which carries with it another – entirely contradictory – set of ramifications. If we are important to God as Jesus suggests, and if the values of love and peace that Jesus espouses are indeed God’s values, how do I explain the randomness and cruelty of the universe? How do I reconcile it all?

I am very grateful to the reader of my last post who pointed me to the work of Dr Chris Barrigar, whose take on things opens some interesting avenues of exploration.

Barrigar does not assume that humans, per se, are the purpose of Creation. God did not, in other words, set out to create a particular type of being, but rather designed a universe that could generate a being – regardless of type – with the potential to act in a particular way. Barrigar assumes that God’s intention in creating the universe was the inevitable emergence of what he calls “agape-capable beings”. By this he means beings capable of self-giving love, who can act lovingly not only towards the poor and marginalised in society, but who can relate in self-giving love towards enemies too. We simply happen to be one of the ways that purpose has worked itself out.

This would necessitate the existence of a universe where beings had sufficient capacity to choose such ways of relating. And while the evidence does suggest that free will is largely an impossibility (one of the many reasons that the Christian idea of hell is so repugnant and implausible), Barrigar argues that the existence of agape-capable beings would not require absolute free will, only a sufficient allowance for those beings to choose agape ways of relating within the parameters dictated to them by genetic and psycho-social forces. Randomness, he argues, is a key requirement for such a universe.

In a design predicated upon randomness, however, there could be no guarantee that the agape-capable beings – creatures with sufficient free-will to choose agape-centred ways of relating – would emerge. Not unless the design factored in that improbability, that is. The best way to ensure the inevitable emergence of such beings would be a massive universe (and who is to say Hen stopped at one?). The chances of life emerging on any given planet – let alone sentient beings who choose loving relatedness – are statistically negligible. But the chance of a low probability event happening becomes high if a sufficiently large number of opportunities for it to happen are provided over a sufficiently long period of time. Simply put, if the odds of life emerging on a planet are 1 in 1040, then if many times that number of opportunities are provided, the chances of it happening at least once actually become quite high. God could well have ensured the inevitability of a low-probability event, like the emergence of agape-capable beings, through setting into motion a universe that, from the little we have observed, seems infinitely large.

While such a theory would mean that God has designed the universe deliberately, and that humans – in a manner of speaking – are at the centre of the design, it also means that God is not in control of the pathways by which those beings emerge. And do you know what? I am okay with that. But it radically undermines traditional understandings of God’s sovereignty. It means that God is not any more in control of how the universe plays out than we are (although presumably Hen would be capable of a greater degree of action within that space than we are, which would bring chaos theory into play, but that is a story for another day). But that makes sense to me: the existence of suffering in the world means (assuming the existence of a God in the first place) one of two things, for me: either God is not loving or God is not in perfect control. If I assume that Jesus is the picture of the invisible God, then I also need to conclude that God’s ethics are non-violent, and therefore that God is not – at least according to more traditional conceptions of sovereignty – in control.

It could well be that what has been limiting my thinking is precisely this dualistic way of thinking, which has come to characterise so much of modern thought: the illusion that we are torn between two incompatible choices. If we reconceptualise the idea of ‘sovereignty’, surely it is possible that the universe can exist by loving design in a broad sense (that everything moves towards a predetermined end), even while every event is completely random. Much in the same way that the lottery functions, where randomness is an indispensable means to a legitimate outcome, surely God could make deliberate use of randomness to achieve Hen’s goal? Goodness knows why God would want to create these agape-capable beings in the first place, but assuming Hen did indeed desire it, the way the universe is structured could be seen as compatible with that aim, not necessarily in opposition to it.

Three thousand years have passed since that Israelite psalmist sat enthralled, and the very same mysteries that blazed in the heavens then, entice me now too. I have tools at my disposal that he would never have been able to imagine, of course: telescopes that can see lightyears into the blackness of space; complex equations that give expression to the very laws that govern nature; insightful theoretical frameworks – like chaos theory, mimetic theory, evolution – to explain who we are, why we behave as we do, how our relationship with the universe takes shape. We have the internet to connect us to every piece of knowledge humanity has ever constructed, every piece of wisdom ever devised. We are connected to one another in ways that only a hundred years ago were inconceivable. Yet despite all of that, we have barely begun to tap the boundless potential our access to information provides. If anything, our primary use of our remarkable connectivity remains the generation of virtual oceans of selfies and interminable videos of cats. We remain not only perplexed by the question of meaning, but our preferred mode of response seems to be to ignore the question altogether. We distract ourselves with trivialities, documenting every detail of the banalities of our existence for a future generation who will probably never care, hiding our existential terror behind a bulwark of likes and inspirational quotes. But on a clear night, if you muster sufficient courage, you might dare to cast your gaze upwards, like David, to contemplate the shimmering starlight that has traveled millions of years across the vast indifference of space to remind us of our transience. #Whyarewehere? #Doweevenmatter? #tryingtofindhope