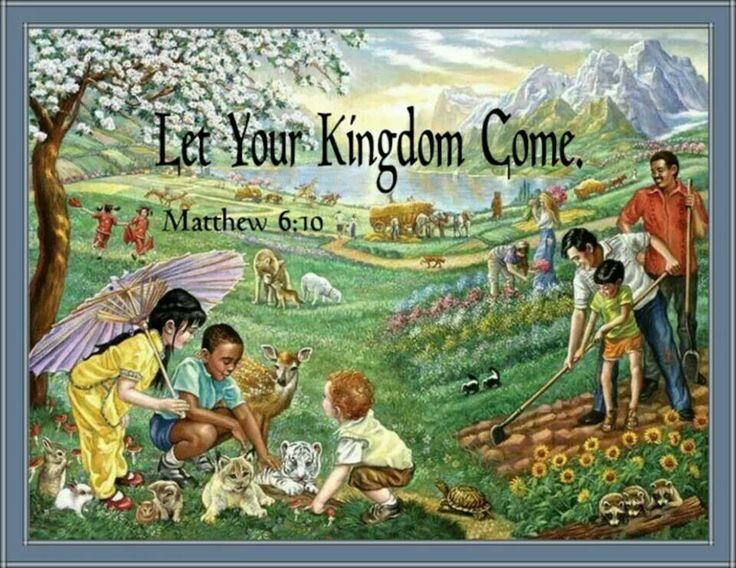 I am going to start off controversially: if you believe that entry into Heaven is the Christian hope, you have misread the gospels. More than that, I believe that this belief that Jesus’s primary mission was to win us a free pass through the Pearly Gates is the single most damaging doctrine preventing us from developing a Christ-centred theology. And really, I think the only kind of worthwhile theology for somebody professing to be Christian to pursue is a Christ-centred one. If, on the contrary, you claim to be a “Bible-believing Christian”, elevating it above even Jesus, you place yourself at the mercy of all the typical traps inherent in textual interpretation, not least being a failure to account for the inevitable gulf between what is said and what is understood. This is particularly pertinent when the text in question was constructed in one socio-cultural context, then translated several times, and is now being read and understood within the confines of a completely different cultural and historical paradigm, and language, millenia later.

An example of how we have warped the original message so that our doctrine no longer faithfully represents what the original text was intending to convey relates to our interpretation of “the Kingdom of God”. A persistent call to action in Jesus’s teachings was to “repent for the Kingdom of Heaven is at hand”. What this does not mean – was never intended to mean – is the barbaric idea we glibly summarise as “turn or burn” (have you even considered what it says about us and our devotion to Jesus’ teachings about enemy love when we can so coldly consign anyone – even the most loathsome human beings – to eternal torment with that kind of casualness?). That is a doctrine that has evolved out of a misunderstanding of the terms “repent” and “Kingdom of Heaven”. When Jesus teaches his disciples to pray: “Your Kingdom come” (Matthew adds “Your will be done on earth as it is in Heaven” to Luke’s account, which is very helpful in unpacking for us what the intended meaning was), he is not saying “haste the day until all the righteous are raptured away”. God’s Kingdom is not some distant utopia to which the faithful will one day return. That is to mistranslate the Hebrew.

The Hebrew word Jesus uses for “Kingdom” is Malchut. And Malchut is not a place. It is a way of being in the world. I am going to borrow from Rabbi Shimon Lieberman to explain the concept: “The model we have in mind is of a king who has a picture of good and bad, an ideology of right and wrong, and teaches the society around him those ideas and values. That society is then awakened to what is really right and structures itself and its institutions accordingly. When society has finished this process, it thereby amplifies and proclaims those values that the king had in his heart and mind…This is malchut in the true sense. It is God’s actions and attributes – not as expressed by God, but rather as human beings express them. It is as if God’s actions have struck a resonant chord in us, and we thereby act in a similar manner.” (http://www.aish.com/sp/k/48971776.html)

I hope you can see how radically different that is from the Kingdom being a place where God’s presence is so holy and so pure that no sin can be tolerated. The Kingdom, in this sense, is not a place where the sinful are excluded. In fact, the Kingdom of God is not a place at all. The coming of God’s Kingdom that we are instructed to pray for is the evolution by humans of a way of relating that comes ever closer to structuring itself around God’s will. It is not a prayer for the future so much as it is for the here and now. And what does that will entail? Micah 6:8 sums up it up beautifully:

He has showed you, O man, what is good;
and what does the Lord require of you
but to do justice, and to love kindness,
and to walk humbly with your God?

When you understand that the hope advocated in the gospels is not access to Heaven, but the adoption of a completely different way of being in this world, centred on self-giving love and radical forgiveness, you will also see that the call to “repent” is not nearly as simple as confessing your sins and “accepting Jesus into your heart”. New wine, as Jesus says, requires new wine skins. This new way of being in the world is completely incompatible with the old way. We cannot simply graft it onto our lives as they are. We need to become, in Paul’s words, new creations. Faith does not allow us to continue as we were, only now we attend church and Bible Study. Faith is not a matter of trying to be good because Jesus died for us. Faith requires that we be born again: that we unlearn our ways of being in the world, in other words, and start afresh. When Jesus says that we cannot inherit the Kingdom of God unless we are born again, he does not mean we cannot get into heaven unless we say the sinner’s prayer (and mean it). He is stating that we cannot participate in bringing about the perfected world of peace and prosperity so long as we remain locked in our mimetically violent ways of being. It is a pragmatic observation, not a threat. The issue is not one of moral purity; true repentance requires that we reject ways of being in the world that allow us to construct groups of people – based on culture, race, age, gender, or sexual orientation – as threatening and problematic. In Christ, as Paul notes in Galatians 3, all those lines we draw in the sand that allow us to justify violence towards others have no place. Thus “repentance” does not mean admitting that you are a miserable sinner and deserve to die, and thank goodness God can’t seem to tell the difference between punishing you and punishing Jesus. It is much more difficult than that. It is the lived expression of enemy love, of forgiveness and peace, and it is utterly at odds with all of our systems of culture, politics and religion. To repent is to shift the way that we live in the world away from the old ways of violence and tit-for-tat justice, to stop projecting those hideous ways of being onto God too, and to commit to a peace-oriented way of life.

So I hope you will understand why I find so repulsive this notion of a gospel whose central claim is that it holds the exclusive key to Heaven and which consigns to eternal torment anyone who is unfortunate enough not to find that key. By default, if we see the gospel message as some sort of mystical and exclusive Heavenly access code, we construct others as worthy of slaughter. Just think, for a moment, of what it means to genuinely believe that non-Christians deserve the agony of never-ending suffering. I am sorry, but there is no crime that deserves that. Any God that capricious is not just; that God is psychopathic. That God is human, made in our image. And the spin-off of that is that we who call ourselves followers of that God are given implicit permission to destroy others in the name of God. Can I be really contentious? I think that our belief that the gospel is about gaining entry to an otherworldy Paradise is directly and causally linked to the Crusades, the witch-hunts of Medieval Europe, the Holocaust, Apartheid, racism, sexism, homophobia – all manner of hate crimes and atrocities. That is why I simply have to oppose it, even as I recognise that in doing so I will offend many whom I believe to be decent, sincere, loving human beings. My conscience simply does not permit silence. The doctrine of Heaven as we know it births hatred; as such, it is anti-gospel. But we were made in the image of the God of peace, and so I will continue to pray that God’s Kingdom come, and I will continue to strive to play my part in creating that world, where people relate as God commanded: in love.

And I have a long way to go to unpack what that repentance needs to look like for me. When I look at my life I understand why Jesus said that it was difficult for the rich to enter the Kingdom of God (not a place – a way of being). I can see how much I try to meld the old and the new and how dismally that fails in bringing about God’s will on earth as it is in Heaven. But I also see how what is impossible for humans is possible for God: every day I encounter those who insist that we value individuals, that we reject petty bigotry and value diversity; every day our media, our schools, our community leaders speak up against violence and hatred. I hear the gospel preached every day. Sometimes from Christians. God’s Kingdom is, as Jesus said, at hand. And it is a beautiful vision, like a pearl found in a field, a lost coin, a reunited flock. It is growing – slowly, like a mustard seed, to be sure – and I trust that the God who started the work will be faithful to complete it.

9 thoughts on “Your Kingdom Come”