I sometimes long to be free. I hunger for peace. Sometimes the world as it is seems overwhelming, too much to bear. I am tired of story after story after terrible story of human beings treating the natural world, and their fellow human beings, with complete disdain and unspeakable cruelty. My mind shrinks from the knowledge of who we are. When the world becomes too much, I retreat, ideally to the bushveld or the mountains. 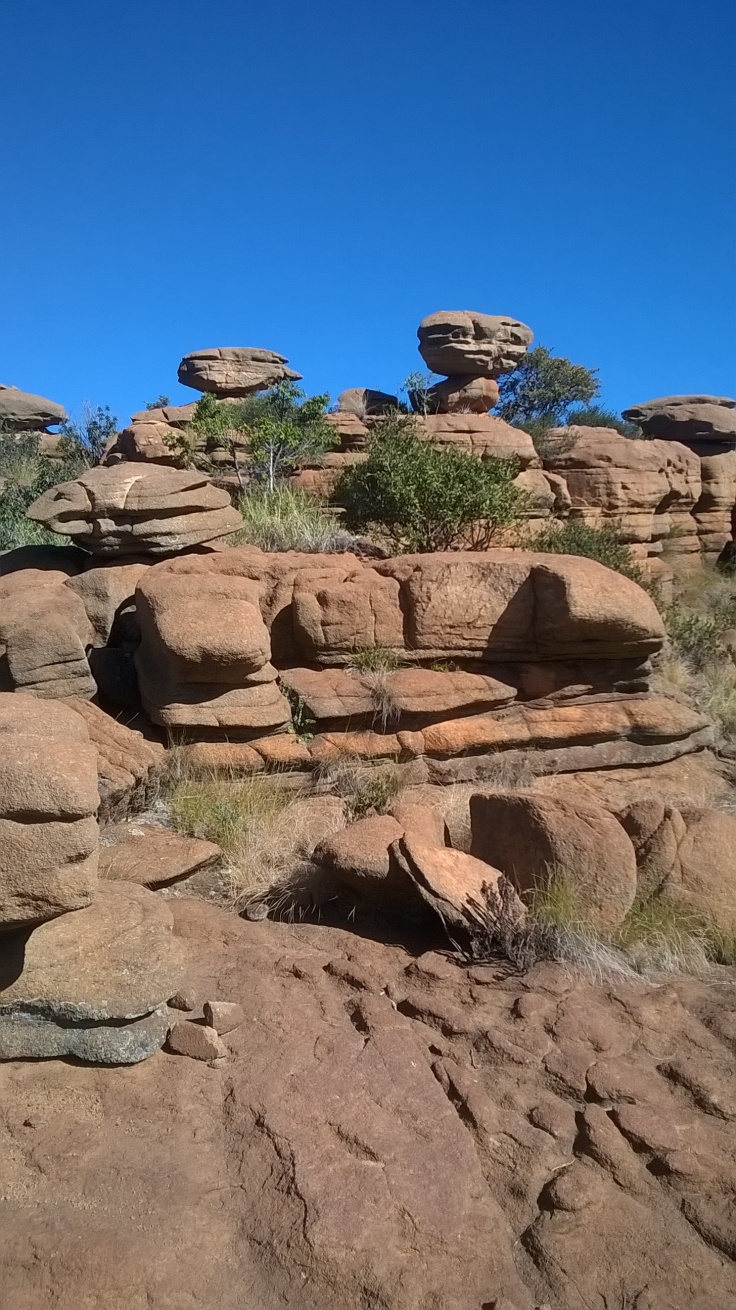 There is something of the spirit of the Romantics in me: when the ‘world is too much with me’, I seek the ‘bliss of solitude’. I have a lot of time for Wordsworth: the deep melancholy that colours his work resonates with me. But – as the Romantics go, anyway – it is John Clare’s poetry that touches me the deepest. I first encountered him in an anthology when I was in my early teens, and one poem in particular (I Am) has always seemed like it was written for me:

I long for scenes where man hath never trod;

A place where woman never smiled nor wept;

There to abide with my creator, God,

And sleep as I in childhood sweetly slept:

Untroubling and untroubled where I lie;

The grass below – above the vaulted sky.

So it was a relief last week to go camping with my family in the Magaliesberg. Because it was out of season, we were the only campers there. That has its disadvantages: our tent became the only viable potential source of easy food for the monkeys and baboons, and we had to guard our rations vigilantly. One morning, while we were out hiking, a large baboon tore a hole in the netting of the window on the tent and managed to grab a packet of peanuts and raisins. We caught him red-handed when we came back, and when I ran towards him, shouting, he looked at me nonchalantly and sauntered off. But those annoyances were far outweighed by the benefits of having the mountain to ourselves. We swam with abandon in the river’s pools and looked under rocks for snakes and caught frogs. It was heavenly.

Later, I reflected on that idea: “heavenly”. My ideal heaven looks suspiciously like the African savannah, where I am free to swim naked in mountain pools and take long walks beneath a copper sun. A far cry from the teeming throneroom that my Protestant and Evangelical experience has taught me to expect. To be honest, I find the idea of heaven that Christianity has constructed to be – frankly – unappealing and illogical. The whole thing is premised on the presumption that once we die, suddenly we cease to be complete morons and become miraculously saintly and pleasant. Once sin has been punished and God’s wrath averted, everything is okay and we are fit for eternal dwelling among the people of God in a Kingdom with no tears and no pain and no death. As long as we have “invited Jesus into our hearts”, that is, everything will be hunky-dory, because only those who believe in Jesus (and who are therefore somehow less obnoxious and more amicable than everybody else) are fit to be in God’s presence. Somewhere mixed up in all of this is the assumption that the fundamental purpose for our existence is to worship God, which we are only capable of doing if we have been “washed in the blood of Jesus”, because it is impossible to worship God if we are not in God’s presence, something which our sinfulness – outside of “accepting Jesus” – would not allow.

Here is the problem, as I see it: we are fundamentally relational beings. Our identities are not determined so much by who we are intrinsically, but by the relationships we form and the ways we relate. The value systems of whichever belief system you hold will attest to this. In the Judeo-Christian tradition, the common implicit thread running through not only the Ten Commandments but also the ‘most important’ commandments, as interpreted by Jesus – to love God and to love one another – is that holiness is not so much a function of our moral purity as it is a function of the appropriateness of the manner in which we relate to others. If sin is to be decisively dealt with, therefore, it is insufficient for the remedy to simply mean punishment for individual transgressions; we need to be saved from the ways in which sin dehumanises us and which consequently distorts how we relate to one another, inhibiting our capacity to function healthily in community. And that necessitates our co-operation.

Penal substitution thinking implies that once our transgressions are punished, that is enough: the problem of sin is considered solved without any requirement that the sinner become reformed. people could be a complete morons most of their lives, but the simple and convenient act of “accepting Jesus into their hearts” will somehow, upon their arriving at the Pearly Gates, allow them to be miraculously transformed into people with whom one would be delighted to spend an eternity. Here’s the thing: I have lived and worked in a number of ‘Christian’ communities. I have participated in many online ‘Christian’ discussions. Some of the ‘born again’ believers are among the most vitriolic and unpleasant people I have met. Like all people everywhere, of every religion, culture and creed – like every single one of us, in fact, in some way – Christians can be myopic and bigoted and vicious and mean. And somehow that all changes after death? (Well it does, I suppose, but you know what I mean…) Even assuming that I have to limit my companionship to those who have been ‘born again’ because God is going to (lovingly, of course) consign all the rest to a toasty ever-after, I still shudder at the thought of spending an eternity attending a protracted worship session with some of the small-minded nutjobs who rally under the banner of Christianity. I am certain many of them shudder at the prospect of spending that amount of time with me too. Heck, I am not sure I like me enough to want to spend eternity with myself, and I am pretty sympathetic towards me. The thought of spending an eternity in the company of those believers for whom I have substantially less sympathy is altogether terrifying. If history has taught us anything, it is that people don’t tend to get along easily; not when they spend any length of time together. And eternity – need I remind you – is a very long time.

But two things comfort me as I contemplate the dubious privilege of joining the thronging ranks of this heavenly host. The first is that I do not believe that we were created for the purpose of worshiping God. Repeatedly, Jesus assured his disciples that he was not like earthly leaders, vain and self-obsessed, but rather that he came to serve, and that if we wanted to be like God we would need to do likewise. I don’t envisage an eternity spent stroking God’s (fragile, if many of our fear-based theologies are accurate) ego. No, God – I am sure – is beyond needing our worship, or even desiring it. If Hen did, we would not be able to say “God is love”, because something we all know is true of love is that it does not put itself first. On the contrary, as Jesus both taught and demonstrated, love lays down its life. Whoever would gain life must first lose it. Rampant egoism is the denial of love. I refuse to believe that we were made to worship God, although God is absolutely worthy of our worship. No, we were made to be loved and to love.

The second thing that consoles me from this horrific vision is that I think we have misunderstood what it is to “believe in Jesus”. It is not – cannot be – simply accepting a very narrow theological position, because that is the only way to land up on the peachy side of God’s cruel ultimatum that we either bow the knee or die. I suspect that what many Christians understand by “believing in Jesus” is “intellectual assent to a penal substitution doctrine of atonement” (which, contrary to their own doctrine of salvation by faith alone, places the active agency of salvation on the sinner, who must adopt right beliefs; our understanding of God’s work, not God’s work itself, becomes responsible for saving us). But that is not good enough.

“Belief in Jesus” cannot be justifiably understood as an interpretation of the events surrounding his death that completely divorce themselves from – and even contradict – his teachings and ethic. As long as we can call ourselves Christians but reject Jesus’s teachings that we must love those who hate us and bless those who persecute us; as long as we can remain indifferent to Jesus’s championing of the marginalised – that whatever we do for “the least of these” we do for him; so long as we ignore Jesus’ insistence that God’s rain falls on the just and the unjust alike, so that our theologies conveniently affirm that ‘we’ are blessed by God and ‘they’ are cursed; so long as we remain entrenched in the imperialist social economy of violence that Jesus distanced his Kingdom from; in short, so long as we remain petty and vicious and bigoted and mean, we have no right to call ourselves by his name. You cannot believe in Jesus and reject everything he stood for. We cannot prostitute the gospel of peace, pervert it to fuel our twisted psychosocial needs, and call it ‘good news’.

My thinking is that the vision of paradise – of the new Jerusalem – that Jesus envisaged creating, was not centred around making individuals pious and therefore worthy of citizenship, but on shaping the way that humanity relates so that our social economies of violence can be replaced by societies configured around extravagant and self-giving love. The love that God Henself demonstrated in Jesus. The kind of place where the peacemakers, not the warmongers and bigots, are called the children of God.

That will necessitate that we change, that we grow, that we renounce our violent and intolerant ways, that we forgo any right to vengeance, that we seek not to conform the world to our own inadequate pictures of God, but that we seek to conform ourselves to the likeness of Jesus. It’s not the kind of change that happens instantly. That kind of complete revolution in thinking and behaviour takes more than a step across the threshold to the streets of gold; it could take millennia. But then, as I said, eternity is a very long time. And I am certain that the One who has begun the good work in us will be faithful to bring it to completion. Until then, I will seek for God and the peace of Hens presence where I have always found it – far from the madding crowd, where the wind sings in the grass, where icy rivers wind through the ancient rocks, beneath an ageless sky. 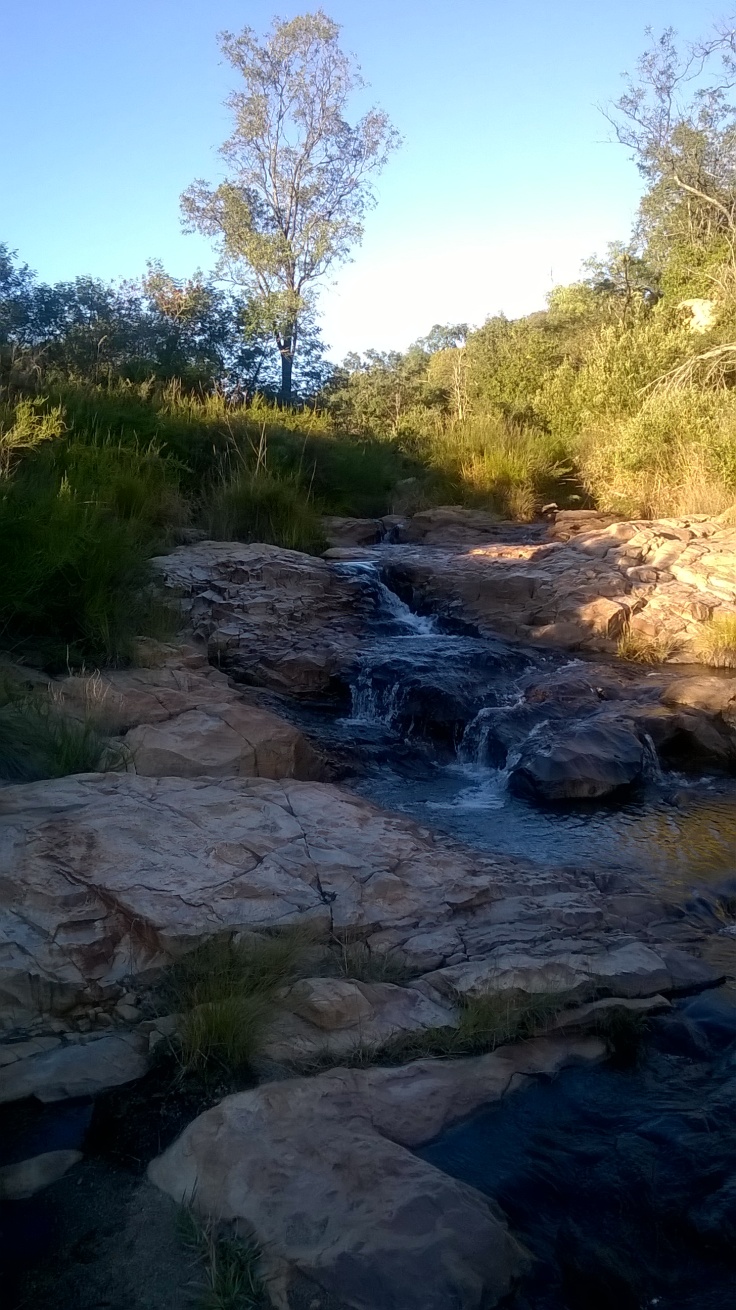 One thought on “Visions of Heaven”