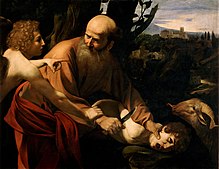 It is impossible to condense a complex anthropological work into a blog-sized space, even a blog-sized space that is significantly larger than blog-sized spaces are supposed to be. So if you treasure the work of René Girard, please understand that what is to follow is a very much reduced (and thus inevitably inadequate) summation of some of his work. But what I want to explore is so important a concept that I have no choice. While there are plenty of legitimate reasons to contest some of René Girard’s assertions, I believe that his work on the scapegoating mechanism provides such absolutely critical insight into the workings of Christian theology that he simply cannot be dismissed.

In times of deep stress – the kind of stress that threatens to overwhelm us completely – when we are feeling fearful, anxious or distressed, one of the psychological mechanisms we employ to diffuse that stress is to blame somebody or something else for the turmoil. The object of the blame is normally arbitrarily chosen, and choosing to lay the blame on this ‘scapegoat’ prevents the greater violence that would result from addressing the real source of our discontent. The act of placing the blame for this ‘evil’ on someone or something else releases some of the tension and produces a sort of catharsis. The ‘evil’ is assigned to the scapegoat, and we vent our wrath on it. The result is reduced tension – a comparative peace. Afterwards, we tell ourselves stories about how the scapegoat deserved the violence, because deep down we recognise the innocence of the scapegoat and we need to justify our violence. We render the victim invisible by mythologising hen1.

For example, imagine that your boss is giving you a hard time. You are unwilling to confront hen (J) on it because you cannot see it ending well. You may well lose your job, but even if that is unlikely, at the very least the confrontation would result in the working environment being a little more unpleasant for a while. So instead, when you get home, you snap at your partner. You find some arbitrary reason to justify snapping. You bring to mind your partner’s past behaviour to further strengthen the justification. Before you know it, your partner is no longer a victim, but has become a source – if not the source – of your frustration. The work tension is eased a bit. You have blown off steam and redirected the anger, preventing a greater catastrophe.

On a more complex social level, we do the same. In times of extreme social anxiety – famine, disease, economic collapse – we invent scapegoats. We feel powerless against the larger forces so we assign blame for them to an arbitrarily chosen third party – it may be foreigners, adherents of another religion or culture or political system – and then we vent our violent wrath on them. We release steam and we feel better, unified. We prevent greater social chaos by expelling the scapegoat, and then we mythologise the event to hide the victim and obscure the injustice and the violence of the act – it was God’s will; it was for the common good; democracy triumphed – and for a while we restore unity and peace.

I have hugely simplified Girard’s hypothesis, but I think you get the picture. And when you look at history – even when you look at the world right now – you can see just how profoundly insightful Girard is. Look at how we respond to Donald Trump: yes, the man is despicable, but assigning all the blame to him allows us to avoid looking at the social constructs that produce not only him, but so many well-intentioned people who believe that following him is not only right but good. Blaming Trump is easier than examining our own complicity in creating a society that allows the likes of Trump to flourish. In my country, South Africa, much the same is true. It is easy to blame Jacob Zuma (as arrogant and corrupt a man as any, and a truly despicable leader) or the Guptas or Apartheid for the country’s ills. No doubt removing a Trump or a Zuma or even the colonial legacy will restore a sense of peace and unity. It will work. And we will feel that the violence – whether systemic or physical – required to do so is justified, because the result is good. But we will avoid looking at ourselves.

So scapegoats are useful. The scapegoating mechanism is a key one for regulating social order. But it is fundamentally immoral. The victim is always hidden, because to expose the scapegoat as a victim – to give the scapegoat a voice – is to render the whole process visibly unjust and consequently less effective.

We can be surprisingly creative in the ways we hide the victim. One of those ways, as far as religion goes, is to make the victim an animal. Some members of society would become understandably uncomfortable with the practice of human sacrifice, but most could become accustomed to a proxy animal sacrifice. And really, that is what all forms of animal sacrifice essentially are – proxies. Technically, a human should die, but that is messy so we will settle for animals. But everybody knows what is really going on. Everyone understands that the blood of a goat or a bull cannot really offer any form of atonement for sin, cannot appease an angry god. And because the sacrifice works in assuaging our guilt and fear, we avoid questioning the legitimacy of the process. We don’t want to see that sacrifice is wrong because it works. And sure, in the modern age we have become good at making our sacrifices look less primitive, but they are still there. Nowadays they take the form of foreigners or immigrants or the LGBTQ community or radical Islam or Christianity or black people or colonists or women or men or racists or …

What Jesus does on the cross – not by any means the only thing he does on the cross, but certainly among the many important meanings of the cross – is to expose the process by giving the victim a voice. By deconstructing the mechanism for all to see. For millennia we have used the scapegoating mechanism as a means of getting closer to God, and God – by making Henself the sacrifice – exposes the illegitimacy of the process and ends it as a viable way of approach Hen.

Consider the following account from the gospel of John (Chapter 11: 47-53):

47 Then the chief priests and the Pharisees called a meeting of the Sanhedrin.

“What are we accomplishing?” they asked. “Here is this man performing many signs. 48 If we let him go on like this, everyone will believe in him, and then the Romans will come and take away both our temple and our nation.”

49 Then one of them, named Caiaphas, who was high priest that year, spoke up, “You know nothing at all! 50 You do not realize that it is better for you that one man die for the people than that the whole nation perish.”

51 He did not say this on his own, but as high priest that year he prophesied that Jesus would die for the Jewish nation, 52 and not only for that nation but also for the scattered children of God, to bring them together and make them one. 53 So from that day on they plotted to take his life.

It is clear what is going on. Note that what is at stake is Jewish unity under the weight of Roman occupation. Many people – notably John Piper – have tried to argue that the socio-political and religious contexts of the 1st Century have minimal bearing on the gospel message. I think that is a hugely irresponsible and intellectually lazy approach, which obscures vital facets of the gospel message, like this one.

Essentially what Caiaphas is arguing is that in order to diffuse political tensions with the Romans, and with the goal of reinforcing a sense of Jewish identity that is threatening to fragment as people assimilate into Roman culture (the very reason the Pharisees place emphasis on observance of the law – it has almost nothing to do with personal holiness), it is necessary to make Jesus into a scapegoat. Jesus provides the perfect victim – his claims to kingship will violate Roman law, as they challenge the title of Caesar as the only legitimate ruler, and the challenges to orthodox Jewish identity posed by his teachings and lifestyle mark him as a perfect candidate. His death can be legitimised and will serve the common good by unifying people and diffusing the almost unbearable political tension.

When Jesus goes willingly to the cross, as a lamb to the slaughter, God Henself becomes the ultimate scapegoat, reconciling people to God once and for all, using the very ritual we designed to make our relationship right with God to end that ritual. God knew that the only way this could end – this cycle of sacralised violence – was for Henself to be the scapegoat, exposing the fundamental injustice of this sinful human practice, cutting through all the mythologising that we use to legitimate sacrifice, by being completely innocent. We cannot say Jesus deserved to die – even Pilate concedes that (John 18:38). Jesus lived a life that exemplified love and forgiveness, even forgiving those who murder him. The injustice of this act stands out starkly. The sinfulness of our religion, of our politics, of all our social interactions, is unveiled in all its brutality. Scapegoating stands exposed. As Jesus hangs on that cross, dying in full view of the whole world, absorbing all our blame without retaliation but also without assuming guilt, his innocence cries out: “Enough! It is finished. No more! You don’t get peace like this!” And God’s final “No!” to this practice, God’s slamming indictment of the whole system of sacred violence, is to raise Jesus from the dead. If Jesus remained dead, we could possibly conclude that he deserved it; that it was God’s will, that sacrifice works. But God raised Jesus. He vindicated the victim. He rejected the verdict and exposed the myth. And he forgave. The victim forgave, ending the retaliatory cycle. God said: No more blood. No more blame. You don’t get to feel that you can draw close to Me by venting your fear of Me on others, by blaming others for your shortcomings. Come to me as you are.

That’s the gospel, friends. That God forgave. That Jesus took our sins upon himself once and for all. And how should we respond? We repent. We say: no more blaming. We turn away from the practice of hurting others so that we can feel good about our lives, from using others’ suffering to assuage our own. We reject the lies that say that others must die so that we can live, others must suffer so that we can find peace. And we choose a much more difficult path: a path of love, of forgiveness, of peace. As Jesus said, “I am the way and the truth and the life. No-one comes to the Father but by me”.

One thought on “Demythologising Sacrifice”