We are often too quick to blame all social problems on systems: poverty is the result of capitalism; bigotry is the result of religion; economic or social problems are the result of a certain political party being in power; education is in crisis because we have the wrong curriculum or assessment strategy. I could go on. What follows is that we make systemic changes in the hope that the pertinent issue will be resolved. We replace one system’s flaws with another’s. But at least we got rid of the problem.

Or so we think. Maybe one day we will realise that the problem all along has been human nature. And there’s no solving that. Whatever system we employ, there will be always be somebody out to exploit it for personal gain, and systemic channels that facilitate such corruption will always exist.

So when I explore some of the adverse effects of capitalism in the next few posts, please do not read me as stating that capitalism is inherently bad. It is merely a system that has allowed certain types of problematic thinking to flourish. The fault is with the thinkers, not the systems that produce them.

One of the detrimental effects of capitalism on Christianity has, I think, been to reduce it to a gospel of personal salvation. That may sound heretical, but hear me out. If one goes into any Christian bookstore one will find a plethora of material promoting a personal relationship with Jesus as the ultimate prize. My issue is not with books and music that promote the concept of personal relationship with God. My concern is that they seem to believe we can end it there. The result is a generation of Christians who lack a proper sense of their responsibilities within the larger body of the church, and who see no real need for taking ownership of issues of social injustice. As long as we are alright with Jesus, Christian popular culture would have us believe, then everything is okay.

This has spawned a popular Christian literature that amounts to (admittedly sometimes quite good) self-help books, and preaching that believes the job is done once somebody has said “The Sinner’s Prayer”. One needs to remember that Christian bookstores, like any other commercial enterprise, are profit-driven, and so will market what sells, not necessarily what is theologically sound. The onus to practise discernment is on the consumer, not on the distributer. Christians would do well to bear this in mind before thoughtlessly lapping up whatever is offered under the Christian brand.

The tragic consequence of this me-centric Christianity is that knowing God has been replaced by a panicked scramble to avoid flames and a smug self-righteousness, in all too many instances. One cannot read Jesus’ interactions with the rich young man (Luke 18:18-30) or a parable like ‘the good Samaritan’ (Luke 10: 25-37), both – by the way – in response to questions about eternal life – without making unfavourable comparisons to what passes for Christianity nowadays.

Make no mistake, the Christianity espoused in the Scriptures is hard. It requires sacrifice and devotion. It necessitates the kind of discomfort that doesn’t sit well with many who have grown up in a culture of comfort and convenience. Consider this passage from 1 John 3:

16This is how we know what love is: Jesus Christ laid down his life for us. And we ought to lay down our lives for our brothers. 17 If anyone has material possessions and sees his brother in need but has no pity on him, how can the love of God be in him? 18 Dear children, let us not love with words or tongue but with actions and in truth.

And we often forget about the second part of this core teaching:

23And this is his command: to believe in the name of his Son, Jesus Christ, and to love one another as he commanded us.

Love is easily forgotten by modern Christianity because it requires that one’s convictions find expression beyond the self. As long as personal salvation is the ultimate goal, love becomes an optional extra. Maybe that is part of why there is often so little love evident in the modern church. Perhaps this is partially why our prayers – corporate and private – have become Santa Claus wishlists and contain a disturbing self-congratulatory tone. This could be the reason our Bible reading is reduced to inspirational quotes without context. This is the cause of our willingness to judge a church service by how much we enjoyed the music. 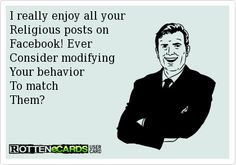 This is my appeal to my Christian friends and readers: let us change that. Let us move beyond ourselves and show the world how Jesus’ teachings can transform the world in a positive way when a sincere attempt is made to live them fully. It is not just about you and your Bible and Jesus. There is a world out there, and as long as you are making Christianity about your own journey, like the religious figures in Jesus’ parable, you are merely walking past the wounded travellers, and they will never see the love of God. If your Christianity does not find expression in love for others (and not just those whom you deem acceptable to the church), your journey is wasted.